I fortunately got a great night’s sleep last night and was able to wake up at a decent hour this morning. I think I am over my jet lag (even though I am still awake at 1:45 am). 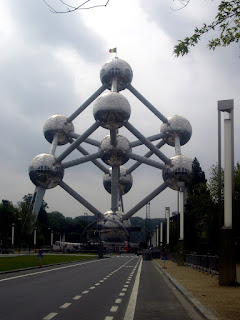 Becoming oriented with the trains is quite tricky. They’ve supposedly re-done them in the last month and several people are finding it confusing (at least I’m not the only one). If you decide to go to Brussels, I highly suggest taking the trains, while they can get crowded at rush hours, they are the cheapest and most efficient means of getting around. 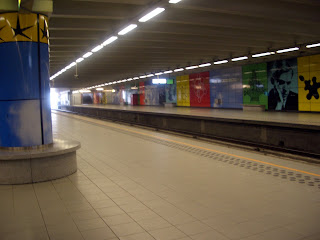 I first had meant to go to the European Union building district, but instead I walked the wrong way and ended up at the Cinquantenaire which wasn’t a bad thing. 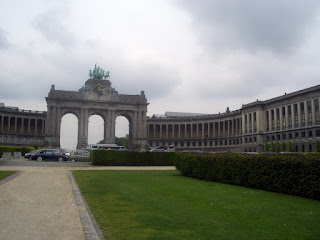 There are very lush, green parks in the city, and Jubelpark is a nice one to walk/eat a lunch in. 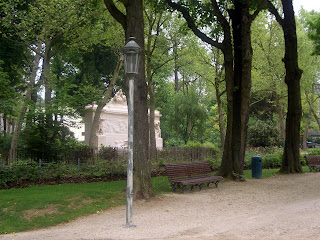 There’s a military museum and Autoworld museum currently inside the wings of the building, and I had no interest in seeing either. I walked through the park and went about searching for the next thing.

After all of that, I walked to the Palais de Justice (court house) and was amazed by the architecture of the building. A lot of it was covered in scaffolding, but even the inside was nice. 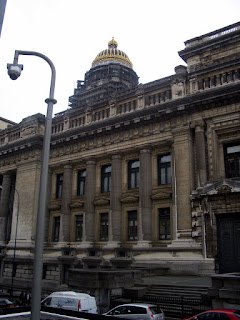 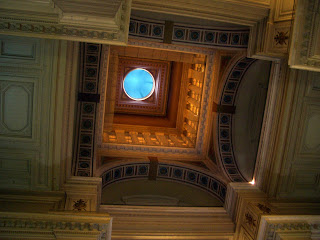 Left: Outside of courthouse
Right: Picture of the apex of the courthouse from the inside

On my walk from the court house to the King/Queens palace, I saw many neat things that I wish the U.S. would implement… 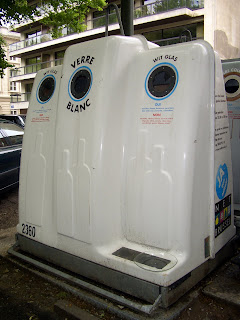 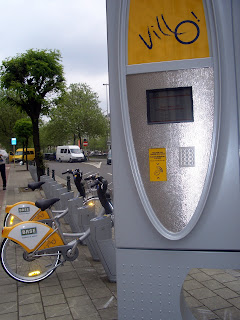 The bicycle idea is a nice thing to have for tourists, or even for locals who want to minimize their carbon footprint. The recycling option is lovely too!

The shops here are expensive and either completely elegant or ridiculously tacky. I haven’t decided yet how the people are here, tacky, or just spendy. In any case, I made it to the Queen’s palace just before the rain started pouring. 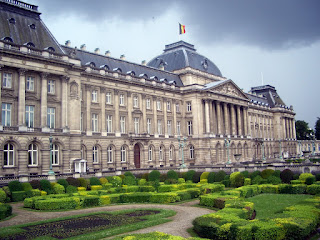 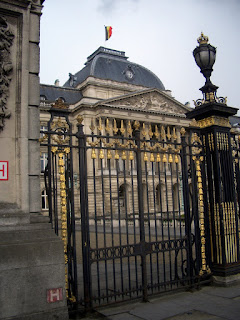 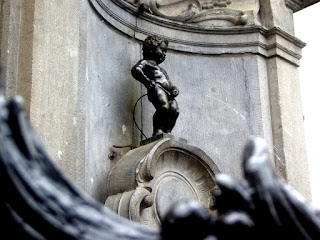 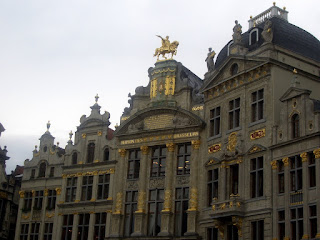 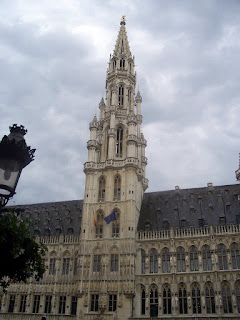 and other touristy things in the center of town. I mentioned yesterday that Belgium waffles actually come from Belgium and are consumed regularly by Belgiums. I enjoyed a waffle and walked around the city: 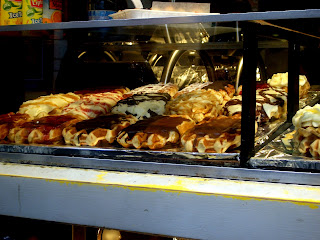 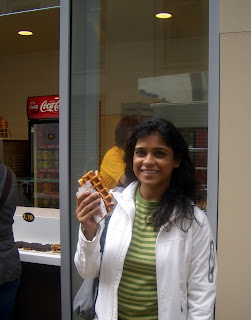 I realized the time a bit late, and tried to hurry back to meet T. I didn’t realize that the trains experienced a ‘rush hour’ and sure enough I made it in time to experience it. People literally pushing each other on and off the train. When it gets so crowded, you have to be careful of pick-pockets, and I learned quickly of this.

Finally, I made it to the train station to meet H&T and we made our way back to the house. It was nice to have a relaxing evening after a long day of getting lost in the city.

The grass is always greener

Visit to the Alsace region