In case you don’t already know, I’m in Europe!
I actually landed in Brussels this morning and have been awake for the last 24 hours (with a couple hours of sleep on the plane). 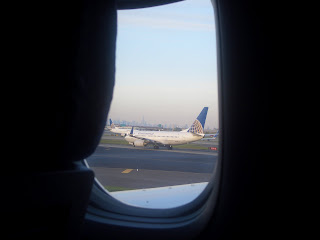 Everything about the flight went well except my flight to Brussels was delayed due to cargo door mishaps. In any case, I am now at H&T’s house.

I ended up spending the remainder of the day after arriving walking through the city of Brussels and checking out the Grand Place, and the shopping area off of the Rougier stop on the metro, and I even saw the Manneken-Pis statue (it is much smaller than people/sources would have you believe). Believe it or not, Belgium waffles are actually from and consumed in Belgium! I of course had to indulge a bit and enjoyed a nice real Belgium waffle. After that, me and T stopped for coffee at a trendy cafe in the Grand Place square and the rain started pouring.

The first thing I noticed when I came to Brussels was the lush green vegetation… I now know that it gets so green here because of all of the rain. After some of the rain subsided, we picked up H and came back to the house for a bike ride. I’m super excited about biking in the countryside, and can’t wait to see more of the country.
I’m not too sure what tomorrow will bring, I will probably look up some sites and recommended places online here soon, but I’ll be sure to update you and post pictures.

Silly me, I forgot to take the camera into town today 🙁

Another trip to Cincy